Photo by Loic Leray on Unsplash .

A global pandemic poses many challenges. It is entire societies, countries and even continents that have to cooperate to manage the aftermath. It turns out that COVID-19 has separated the sheep from the goat like no other threat in recent history. In the following I look at successful responses and what sets them apart. Then I’ll talk about how they fit into a bigger picture from the perspective of risk management.

I thank Oliver Mader for his review and feedback to an earlier version of this article.

Several countries have responded successfully to the threat posed by COVID-19. I have looked at two of them:

So while China took many actions that are authoritarian and are comparable to what Western states do to prevent terrorism (albeit entirely ineffectively), Taiwan is a democratic country with free speech and free elections that got by without drastic restrictions in public life.

Tomas Pueyo has a fabulous post on the commonalities of successful countries, he calls it the “Swiss Cheese Strategy”. One of the key findings is

They prove that any country can succeed.

The Key Steps to a Successful Response

Tomas wrote in his post there are different layers in a response to the COVID-19 threat. Each layer is imperfect and has holes in it, it is insufficient in isolation. Yet a combination of multiple, distinct layers can become an impenetrable defense. Since the post I believe an additional layer has become available, the inoculation of the population – altogether we end up with the following five layers of defense:

In the two examples above we find:

The five layers are not equal. The fourth layer only works if the number of infections is not too high. Even Taiwan’s health authorities would be overwhelmed and unable to cope with thousands of new cases per day. On the other hand, layer two works regardless of the prevalence of infections — China had mandated curfews and shut down all business and social life in the Hubei region for three months and managed to eradicate COVID-19. This is, however, very costly since many businesses will be unable to recover, and a massive wave of bankruptcy is an almost certain outcome.

Layer five can only be used once a vaccine is available. Israel, the USA and U.K. have relied on layer five to a very large extend, neglecting other measures that might have been more effective at an earlier time. Still, if you rely on one thing only, those countries certainly did it right!

There is one commonality: the procurement strategies do not focus on an isolated action and a singular source, but a diverse portfolio of vaccines from different sources and concessions for getting priority access. That means the countries that were successful in procuring vaccines indeed followed a variant of the multi-layer strategy!

[…] the U.S. and the U.K. bought millions of doses of various vaccine candidates last summer, without knowing which ones would be effective.

The Value of Time

While the five layers are key to a successful response there is another factor that has had decisive impact: Time! China initially failed to respond to the warnings originating in Wuhan and when they finally responded they were cornered and had to institute a strong lockdown. Other countries reacted earlier and prevented such an expensive action. 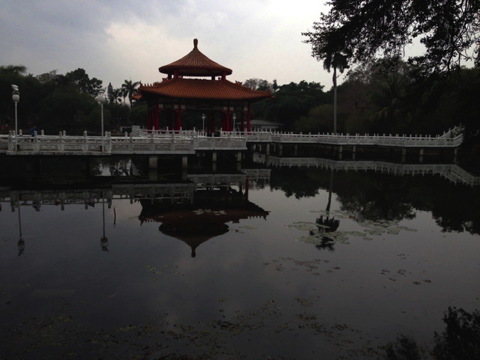 In fact, for decades Taiwan has had annual reviews of their preparedness in case of a pandemic, see this report. The abstract of that paper concludes with “Taiwan’s preparedness plans are satisfactory, …“ with further details on what works well and what can be improved. When the time came they needed to act, they immediately knew what to do and how to do it. This is covered well in another post by Tomas Pueyo. While the first action was taken weeks before the first infection appeared in Taiwan, another batch of more than 100 measures were already in place before March 2020.

As the old adage says “an ounce of prevention is worth more than a pound of cure” the value of preparation is that it gave the successful ones a head-start over those countries. The others were unprepared and at best could copy what successful countries already had. Many countries even failed at that.

Some countries were excellently prepared for a pandemic, while others were totally caught by surprise. So it’s a good idea to hedge against all possible risks, isn’t it? So let’s build defenses against a flood everywhere (even in the Tibetan highland, because you never know), giant hamster traps in case we are attacked by space hamsters. Let’s build some multi-generational interstellar spaceships in case Earth is threatened by a black hole entering our solar system …

The issue is that preparing against all conceivable potential threats is expensive. Way too expensive. Yes, a black hole entering our solar system would be cataclysmic. Is there something we can meaningfully do now to avert the consequences of such an event? No, there is not. If it happens we’d have ample warning time (possibly thousands of years) to respond, so the value of time is negligible.

An attack of giant hamsters from outer space would also be disastrous. Is it likely that we can meaningfully prepare for such an event? It is very unlikely to happen and even if it did happen we’d have way too little information in advance to prepare any meaningful response.

Some countries had responded to the pandemic but advance planning and already knew what to do. That was pretty cheap and gave them a huge head start and advantage. From a return-on-investment perspective that was indeed an excellent thing to do.

So is advance planning always the best strategy?

Typically, risk is evaluated by a probability-impact assessment. In the simplest form it reads:

where R is the “risk factor”, p is the likelihood of the risk and I is the potential impact the risk has. In the simplest form, p and I are integer numbers between 1 and 3:

Thus, risks are described by numbers ranging from 1 to 9:

When applying this lesson to COVID-19 we must check how different organizations have viewed the likelihood and the potential impact of a global pandemic:

There is an old, but still extremely insightful video about risk mitigation for man-made Global Climate Change (GCC). It has the very provocative name “The most terrifying video you’ll ever see”:

This video simplifies the risk assessment by looking at the avoidance vs acceptance strategy in case of a singular risk whose exact likelihood is unknown but whose impact is very large.

The key idea is the “rows-vs-columns” argument. It boils down to the following table:

The key argument is that we are unable to choose the row of the table, it may even be difficult to quantify the risk. However, we are able to choose the column and thus the outcome in either scenario. The cell in the bottom right is definitely the worst possible outcome that must be avoided at all cost. The only way to avoid that outcome is to choose the first strategy (the “avoidance” action), independent of the actual probability of the two rows.

The moderately costly avoidance response is superior even if the risk is not fully quantified.

There are a couple of simplifications:

Except the last point all previous simplifications make the conclusion more prominent and are valid. When deciding on specific actions, however, I believe that the last simplification is not sufficient. Whereas points 1-3 conclusively answer the question “should we take action?”, the last point 4 must be considered when addressing the follow-up question “what specific actions shall be taken?” At this point both avoidance and mitigation options must be considered — and it is also at this point where we should consider a multi-layer response as outlined above, aimed at both preventing specific consequences of climate change and mitigating their effects on people and societies.

Applying this lesson to COVID-19 is a bit harder since in that case an avoidance response was not possible, and the most successful responses involved several layers of mitigation. Furthermore, the cost of mitigation is mostly negligible compared to the consequences (with the only exception of layer two, school and business closures and bans on social gatherings).

Many countries have successfully responded to the challenges posed by COVID-19. They have used different responses, but all successful responses can be classified by a multi-layer approach. Time turned out to be a critical factor. In the bigger picture the risk posed by the pandemic was considered both likely and having severe impact, whereas the cost of preparation and the cost of most responses is rather small.