My First Trip to Japan

These are experiences from my first trip to Japan in Summer 2003. 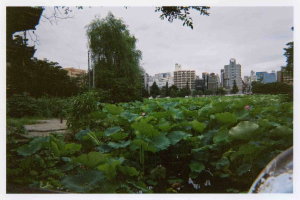 If there is any Japanese habit that makes an impression on people from the Western Hemisphere it is their friendliness and willingness to help foreigners. One day we asked a Japanese for the way to a restaurant, and he gave us a rough description. Then he drove off on his bike. We were extremely impressed, however, when he returned and came back one minute later – he had checked whether his description was accurate and gave us more detailed directions.

If this happens to a tourist once it will make a good impression. Even if it might not be representative for the country and the people. However, should such things happen several times I do readily conclude that this is a way of treating each other which is the rule rather than the exception.

I got offered help two more times – and this was just a two-week trip to Japan! – without even having asked a question. My helpless look while studying a guide and my tourist map in my hands were sufficient incentive for two other Japanese to help me out.

Something else I appreciated was the way of treating customers in stores and restaurants. The employees are friendly by default and really attempt to answer my questions as satisfactory as possible — even though sometimes there is a language barrier. It feels better than in the US where some people don’t even try to hide the fact that they are out for the commissions. In German stores it feels worst – often I am not treated well at all, and many salespeople are very direct in expressing their feelings of harassment if a customer dares to expect service half an hour before the stores closes. Maybe I’m overdoing it a little here. No doubt, there are also extremely friendly and honest business people in Germany and my memory may be selective about the bad experiences. Nonetheless, subjectively, I felt wonderful about the service in Japan. 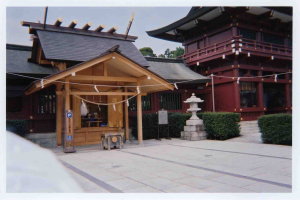 For those who like to spend money at shrines and just recently bought a new car, there is the opportunity to get their shiny new car blessed. So that it will run without problems, troubles and accidents. So that is the secret behind those Japanese cars!

Unfortunately, it seems like they didn’t find a way to let those cars run without burning fuel and emitting carbon dioxide.

I also noticed that the Japanese are not all running around with tiny, “Made in Japan” feature-rich cameras. That is rather the habit of the Europeans while the Americans have large, solid machines “Made in Germany”. Instead, many Japanese regularly use their cell phones with built-in cameras and immediately distribute their visual impressions among their entire virtual circle of friends via a live video feed. I suddenly feel so old … 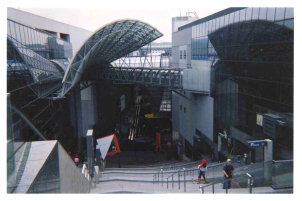 While taking the Shinkansen train I noticed two interesting phenomena: First of all, the trains are really comfortable. The average Nihonjin has probably sufficient space for a full leg-length between two seats. Then, the trains are literally punctual to the minute. Not just once in a while, but every single train I have used was always on time. That also counts sub-ways! And for the big intercity connections that means about four to five trains an hour! On top of that, they are even fast. 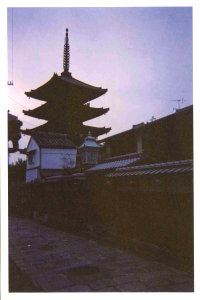 Kyoto impressed me with the overall appearance of the city — there were the ancient temples and buildings from centuries ago. Right next to more modern buildings at most a few decades old. The mixture between the ancient and the modern give this place it's unique feeling and flair. Just walking around in this city is rewarding in itself.

In the local train to Nara I have found another neat feature that was really cool: The seats can be turned around, thus adjusting them for the way back. Just slide the back part around, and you are good to go. Cool, the Japanese can indeed build many more things but just cars and cameras!

During the voyage a European can’t help but admire the love and dedication the Japanese invest to make their environment look beautiful. The trees and bushes along the Tsukuba main road have been cut to equal size and shape and the roofs and walls of most houses are in excellent shape and give off a very clean impression. I did not notice decayed buildings and Graffitis. Maybe those exist in some remote places, but at least not in sight of the more densely populated areas in big cities.

After arriving at Tokyo main station I first had to locate my hotel. Unfortunately, I only had a schematic map (not good) which was written in Kanji only (worse) and whose symbols had no apparent correlation with the street names (bad). Fortunately, there were Japanese around. Even better, they were friendly and helpful (good). Although they appeared to share my confusion regarding the map, eventually I came across someone who knew my hotel (excellent). 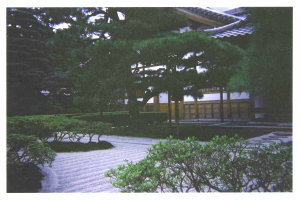 The metro maps at all Kippuno-hanbaikis are all – yes, you guessed it – written in Kanji. At least it helps for memorizing lots of new characters very quickly! However, the system seems to be a little complicated. I often had to ask for help from the non-English speaking metro employees. Similar to Kyoto you pay for the distance between your starting point and your destination. In addition, there also seems to be some dependence on the route according to some algorithm that is probably being explained somewhere in Japanese. So, the next day I bought an all-day ticket. All problems solved! 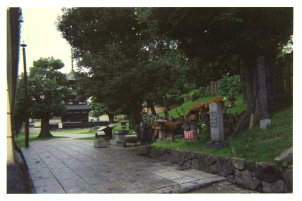 There are lots of tourist destinations in Tokyo. Akihabara, Ueno Park, Asakusa, Imperial Palace Garden (closed to the public) … you name it. Finally, Shibuya (that’s how I imagined Tokyo to be like) and back via Omote Santo — don’t buy anything (my poor credit card)!

Some experiences are really novel. Getting fresh fish for example. While the head is still moving the body gets cut in chop-stick sized bits and rests at the side. That certainly builds trust in the fish being fresh. On the other hand also a bad conscious — the fish would not be eyeing me so suspiciously had I ordered something vegetarian, instead.

Unfortunately, it was just a two-weeks trip, the first week occupied by a Physics Conference. So, I just had to close my browser window (with the search for a job in Japan), visit the Sushi-restaurant one last time and send all my mail. Maybe, I will try Fugu-fish. Probably, it is a good idea to do the mail first …